Hello! I'm Scott French, a guitar builder and software developer from Northern California. This page is just about me, if you're interested in learning about my approach to instrument building please check out the Philosophy page instead.

I was born in The Capital of Silicon Valley, San Jose in the early 80s. My family later relocated to the Sierra Foothills where I still reside with my own family. Growing up in California in the 80s and 90s I was into movies, music, and video games like most kids. My dad played guitar and by sixth grade I had picked it up myself.

In my teens I got into high-end guitars and became obsessed with builders like Warwick and Paul Reed Smith. FYI, Warwick and PRS were different in 90s (and I was a teenager) so give me a break! I think everyone goes through that phase where they are intoxicated by the materials, so a fancy maple top or super interesting piece of African hardwood could really make the instrument. Over time I stated becoming more interested in builders where unique design was the focus. I eventually discovered builders like Steve Klein, Harry Fleishman and Atlansia who's work transcended normal guitars. Each instrument became something so beautiful and unique you could only consider them works of art.

I was a kid that was good with computers and ended up leaving high school early to focus on studying music and computer science. At 21 I had already been working full time as a web developer for a few years and wanted to do something different. My love for interesting instruments had only grown during this time, so when I learned about The Roberto-Venn School of Luthiery it seemed like a great chance to take my interest in fancy guitars to another level. Going to RV ended up being one of the best decision of my life. Beyond learning the "tools of the trade", I also spent a lot of time focusing on design and craft which have guided me to this day. My time at RV was fruitful and I ended up winning one of two apprenticeship spots at the now defunct First Act Studio for Artists. This was another great time of growth, learning from pros like Kelly Butler and Bill Jancar, two Gibson Custom Shop veterans who got a chance to do their own thing at First Act. I learned a lot and met some great people, but after more than a year away I missed my friends and family in California and was excited to head home.

From 2004 to 2008 I built most of the instruments you see in the Gallery. This was a great time of personal growth through many failures and successes. I was able to meet some amazing people through instrument building and that time really shaped my life for the better.

Around 2008 it become obvious that although my designs were solidifying and my instruments were well received, I wasn't positioned to support myself (much less a family) with building instruments in this way. I wanted to own a home and in Northern California that requires more money than I was able to make building. I shelved most of my projects and went back to work full-time building software. Soon after I met my future wife Brianna French and it wasn't long before we welcomed Roland and then Edison into the world. Throughout this time I tried to find ways to keep building but struggled mightily. I'm very proud of the SF3co Project I started, but there were many instruments started that were never finished. Not finishing projects became a recurring problem that I've dealt with for over a decade. A few runs in therapy have helped a lot, but I am still waiting for that breakthrough moment where I can finish a really interesting instrument.

Hopes for the Future

My kids are a bit older now, but being a parent is still my main focus in 2022. My work and home life are more stable now than ever so I have slowly taken steps toward building again. I purchased a CNC router, Laser, and old coil winder and have started working these new tools into my process. This has been very inspiring since I've always done final design work on the computer anyway. I also joined Instagram which exposed me to a whole new generation of builders. It's also shown me that there are people out there that still remember my instruments and are excited to see me build again. I'm very thankful for that interest all these years later.

Going forward I am working to bring together the different parts of my life in a more integrated way. Being a family man as my main focus, a software developer to make a living, and a guitar designer/builder as my dream had really brought about a fragmented life. It often feels like there isn't enough time for anything. In reality I really love software development, and technology has been the one constant interest of my entire life. Combining technology with my interest in music and guitars is a natural progression. Bringing my kids into both worlds as they get older is also a goal. Ultimately I am looking to spend more time working on projects I care about. I'm currently working on several, including two software projects related to building custom pickups and custom pedalboards. I'm also continuing to refine my instrument designs and learn how to build more and more complex designs using these new tools.

I have been so blessed with support from my family, great customers, and so much interest in my work. I am really looking forward to getting back into building musical instruments at a more serious level in the future. Thanks for visiting and reading this far! 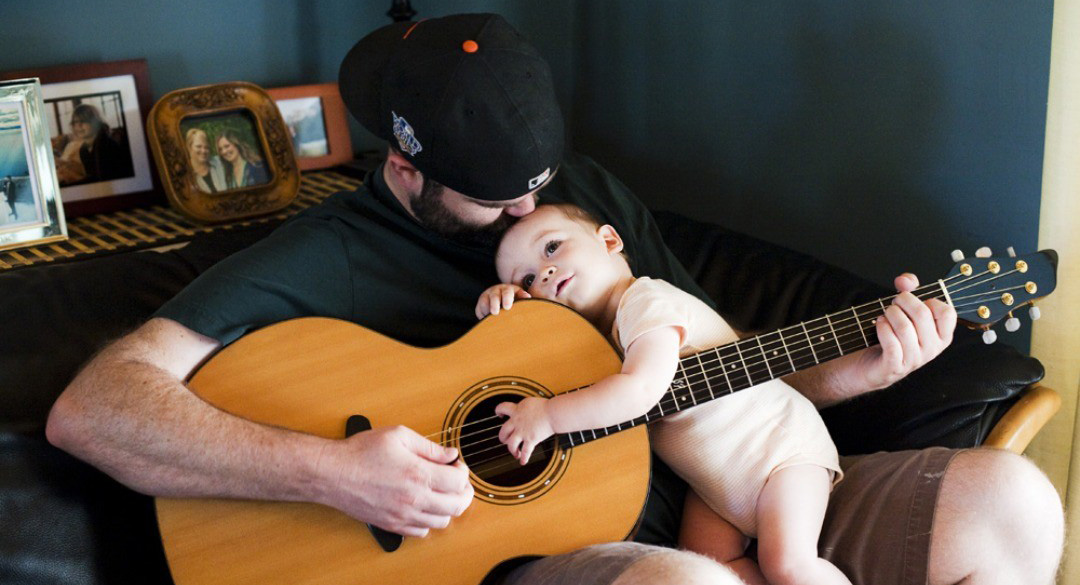 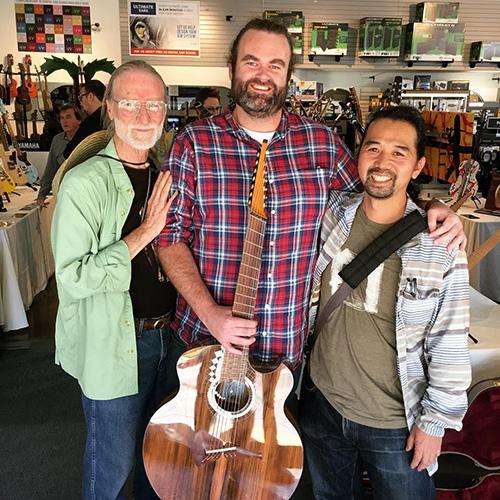 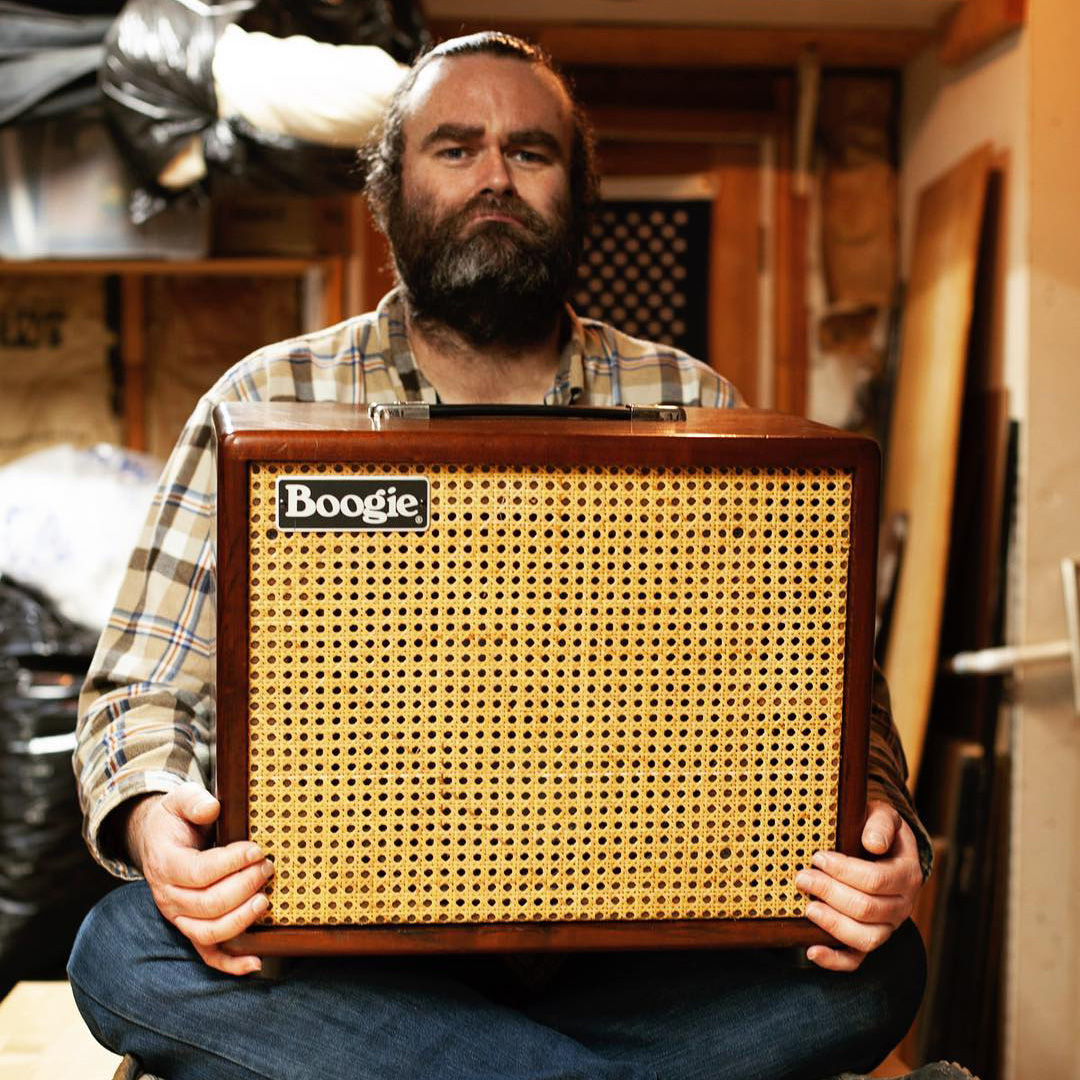 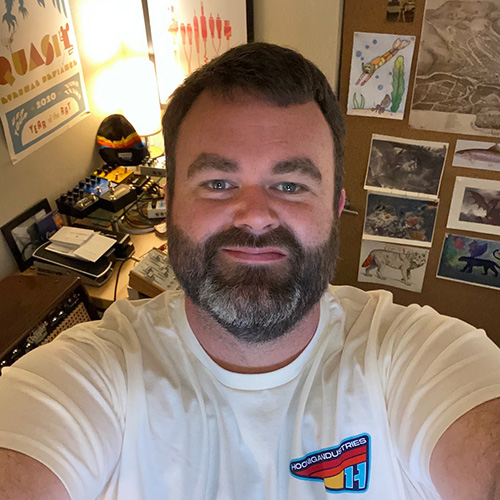 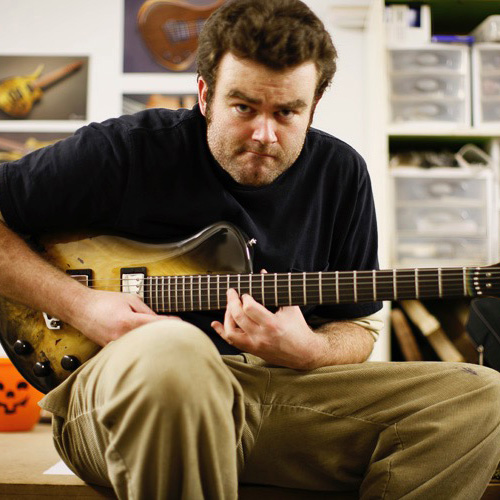 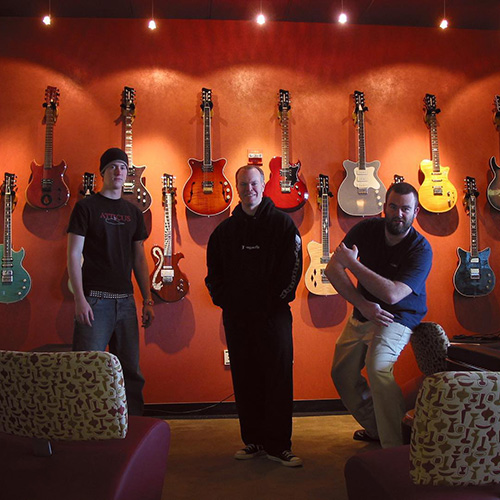 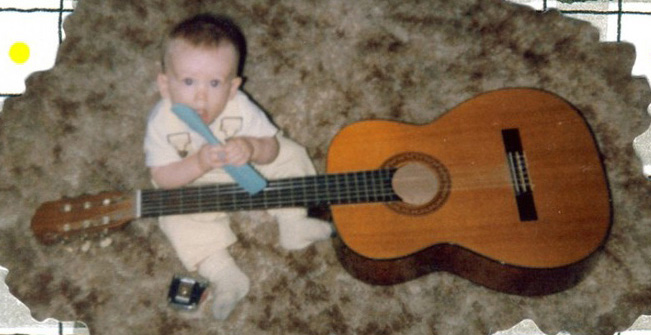 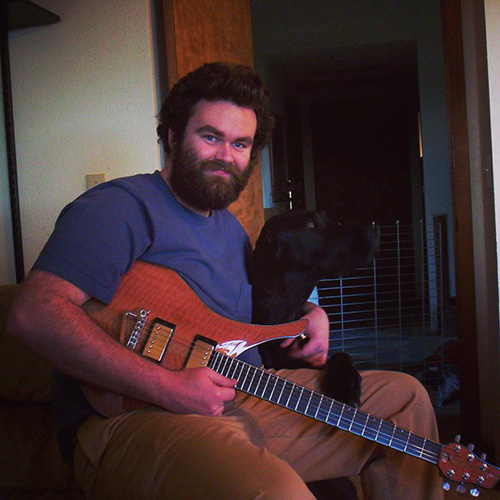 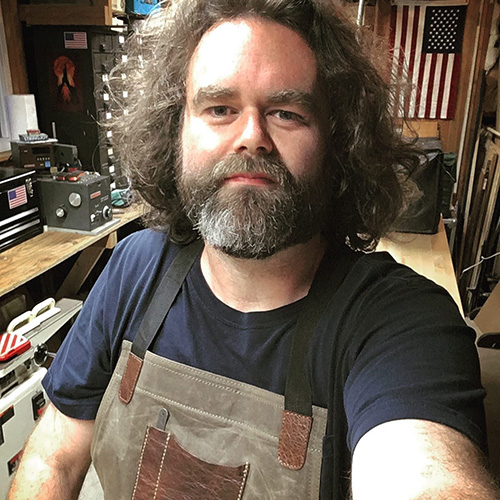 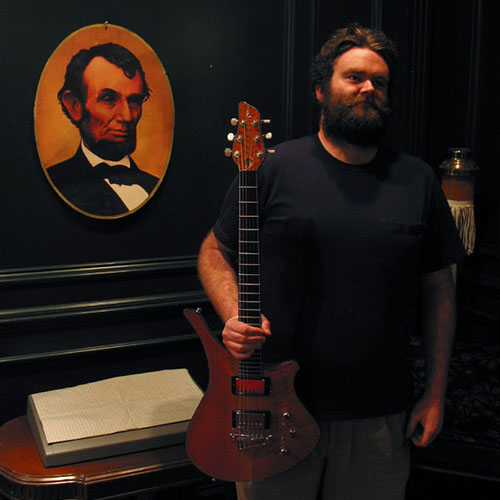